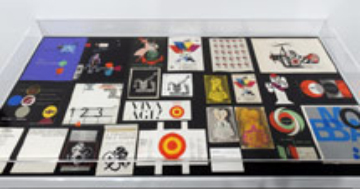 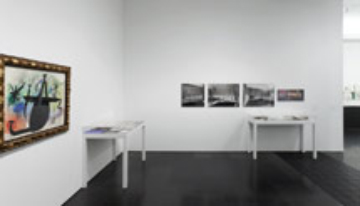 Prescence in the MACBA COLLECTION
2011

Joan Pedragosa's graphic art plays a key role in Modern and present. Turn of the century in the MACBA Collection.

The new presentation of the Museum's collection is directed by Bartomeu MarÃ­, curator of this new restructuring, alongside AntÃ²nia Maria PerellÃ³. This new proposal, visible since the beginning of 2011, comes from an essential idea, that modernity in Catalonia began in the 1950's and that this new esthetic emerged in an inseperable manner among the arts and formal practices of certain architectural and graphic design works.

To build on this idea, the MACBA has selected more than twenty of Joan Pedragosas works, as representations of new forms of modernity. In MarÃ­'s words: Pedragosa is a fabulous designer, the authentic innovator of the advertising and graphic esthetic